Can anyone explain this one to me? 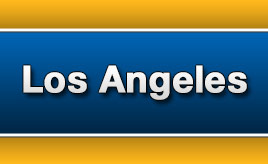 By GrandadB - League Admin
1/17/2018 1:38 am
In the last game vs the Giants, I had a few "hot reads" against the defense that resulted in big gains and scores. So, I made a note to review and check what those defensive plays were that were triggering the hot reads, usually its the goaline def being "auto'd". But not in this case, it turns out that the two defensive plays that were causing the hot reads were the CB3 and 2 LB blitz plays, everyone has those 2 in their defensive playbooks. They used to be 2 of the best defenses you could use, but have been made useless by the hot reads.

So, here's the wierd or strange part, I did not have either of those two plays active for the game, I dont use them anymore because of the hot reads. They do not show being used when I check my play results for the game. But, they show up big time in the play log for the game! Those two were the only plays triggering hot reads in the game with the Giants. What's goin on? How is that possible? Even rules are not going to use a play that is inactive, so its not that.

Re: Can anyone explain this one to me?

By billstein
1/17/2018 8:18 pm
My understanding is that if your defensive playcalling is set up to look for a certain type of play, given the down/distance and field location, and you don't have an active play that fits that type, the CPU will pick one at random.
Please don't ask me where I saw that, it was something I read when I first started.
Last edited at 1/17/2018 8:18 pm
Liked by Pernbronze

Re: Can anyone explain this one to me?

By GrandadB - League Admin
1/18/2018 9:41 am
thanks Bill, if that is what happened, it came close to def play overuse. Will look at and compare the down, distance, and field locations on those. And if the AI is picking those two plays at random, its picking the worst, consistently. It would have to be an auto that is calling for the Nickel with CB3 & 2LB Blitz. and there are only two of those in the playbook, active or not.
Last edited at 1/18/2018 10:10 am